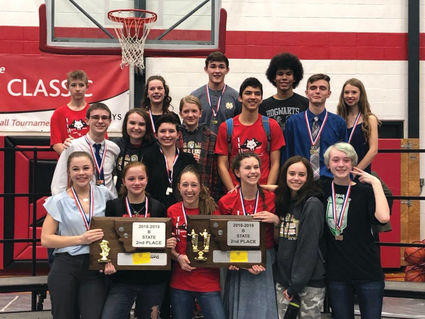 It was an amazing weekend at the Class B/C State Tournament for the Three Forks High School speech and drama team.

The host Wolves finished second place as a team in both speech and drama and had three state champions.

Head coach Greg Overman said the goal is always to place in the top three in both speech and drama.

"By placing 12 students in the top 8 of their individual events, 20 students in semi-finals, and qualifying 27 for the tournament as a whole, we...

I'm a proud grandma. Watching those amazing kids' enthusiasm and courage brings me joy. It isn't easy to put yourself out there like that. Congrats and thank you to Mr. Overman for the many ways he enriches the lives of so many kids. He is a true hero.cowboy