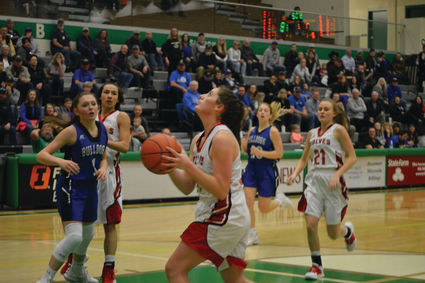 Senior Paeton Ohs takes it to the basket against Townsend. She had nine points in the semifinals.

The Three Forks High School girls basketball team is heading to the 5B District Finals.

Following the game, Lady Wolves head coach Mike Sauvageau praised the way his squad played as a team and for their effort two straight nights.

"We made them work for everything they got," he said.