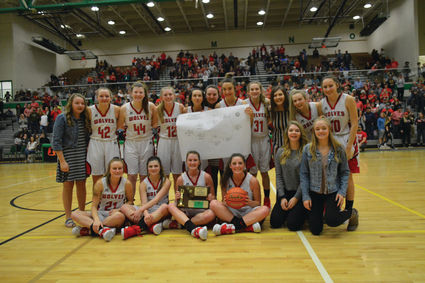 It was an amazing weekend for the Three Forks High School girls basketball team.

They will now move on to the Southern B Divisional Tournament in Billings and a February 28 first round match up at 9 a.m. against Huntley Project.

Three Forks won the tournament title Saturday evening at the Belgrade Events Center with a 51-42 win over third-seeded Big Timber.

Moments after the game, head coach Mike Sauvageau praised the hard work and determination of his team during the th...