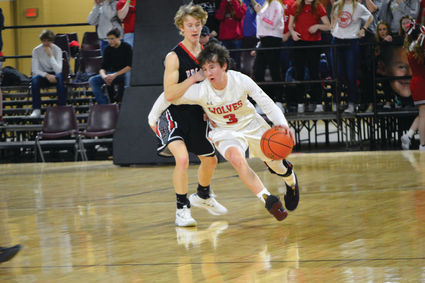 Micaiah Hauser takes it up the floor Friday night against Huntley Project.

The Three Forks High School boys basketball team is one win away from a second consecutive Southern B Divisional Tournament title.

The Wolves defeated Huntley Project 57-48 Friday night and will move on to the finals Saturday at 8 p.m. against undefeated Colstrip. The Colts advanced to the finals with a 66-44 win Friday over previously undefeated Big Timber. The game is scheduled for 8 p.m. at the Metra Park Arena in Billings.