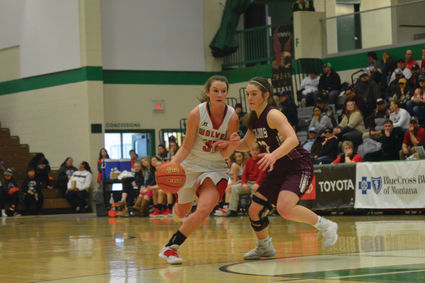 Kyle Olson capped of her storied career with four strong games at the Class B State Tournament.

Following a tough 50-48 setback to Florence-Carlton in their opening round game last Thursday at the Class B State Tournament, Three Forks High School girls basketball head coach Mike Sauvageau said it was a tough loss to take but told his team they were not done and he was not at all worried about how they would come back in their next game.

He was exactly right. The Lady Wolves came out strong in their elimination game Friday picking up a 61-40 win over Harlem. Three Forks was once again fierce in the consolation semifinals Saturday morning avenging two earlier losses to Columbus and ad...