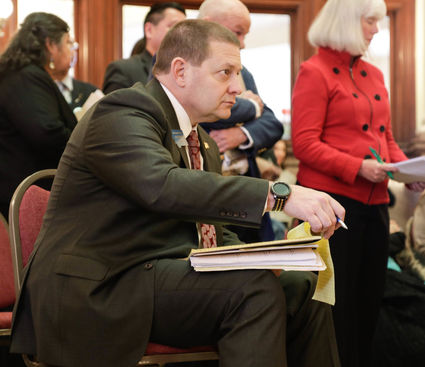 People filled the Montana Capitol Saturday to testify during an all-day hearing on two competing bills that would extend Medicaid expansion, some of them arguing to keep the program as is, some arguing for more requirements for enrollees and others arguing against the program completely.

Republican Rep. Ed Buttrey of Great Falls and Democratic Rep. Mary Caferro of Helena are carrying competing Medicaid expansion bills, which were heard back-to-back Saturday. With nearly 100,000 Montanans enrolled on the state-federal partnership program, and its expiration date looming in June, expansion is...