Lawmakers Consider The Future Of Bison In Montana 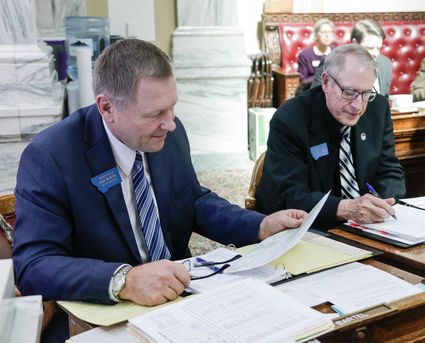 Debates are intensifying at the Montana Legislature over the state's management of North America's largest land mammal: The American bison.

Some argue bison are a critical cultural, spiritual and historical resource. Others argue bison pose a threat to the health and well-being of cattle. Now, legislators are considering a number of bills that would decide where bison are allowed to graze, and which government entity gets to make that decision.

Rep. Tyson Runningwolf, D-Browning is carrying one of those bills. It would allow bison to be transferred from Yellowstone to the Fort Peck Indian...