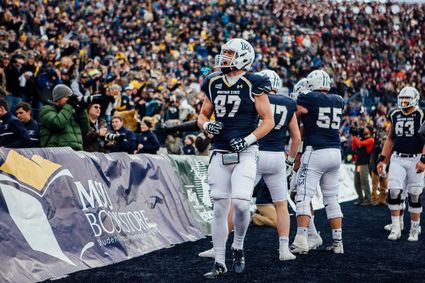 There will be a familiar face on the sidelines next year for the Three Forks High School football team.

Former Montana State standout tight end Connor Sullivan was recently hired as the new head coach for the squad. He will replace former coach Matthew Bakken who resigned in May.

Sullivan helped lead the Bobcats to the second round of the NCAA FCS playoffs in 2018 and will forever be etched in the lore of the Cat-Griz rivalry for his game sealing 26-yard reception on a fourth-and-1 play with less than 1:30 remaining in the 2016 matchup.

Sullivan met with his team for the first time Thursday...