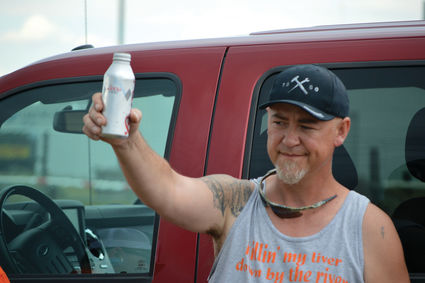 Members of the Boilermakers Local D-239 made a symbolic return to the picket line last week in Three Forks.

The return recognized the one-year anniversary of last year's August 2 lockout date. A total of 35 union were locked out of the Imerys Talc Plant from August 2 to October 31, 2018. The workers were locked out after refusing a contract they rejected after concerns about pensions, retirement, health care and job security.

Recently elected Montana AFL-CIO President and Local D-239 President Randy Tocci said he is not carrying a grudge following the lockout, but the union members should n...