Two Southern B rivals will be looking to get their first conference win of the season Friday when the Three Forks High School football team hosts Whitehall.

Prior to the kickoff, the Wolves (0-6, 0-5 Southern B) will honor their senior players.

Head Coach Connor Sullivan said the group of seniors has been amazing. 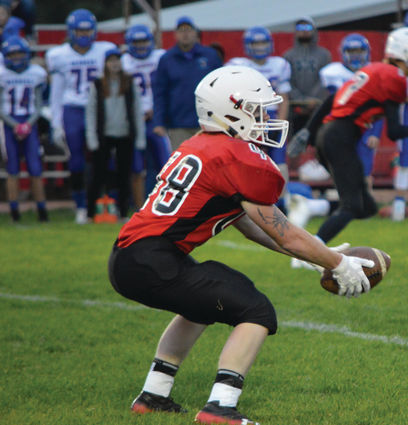 "They have done a great job leading these underclassmen and paving the way forward," he said.

After winning their first two games of the season the Trojans (2-5, 0-4 Southern B) have lost their last five games.

Sullivan said he is looking forward to the game and both teams are hungry for a conference win.

"It will be senior night for us, so there's no doubt these boys will come ready to play. As far as keys go, I think whoever holds the time of possession and has two-plus takeaways will win the game. Us coaches will get together on Monday and come up with a good game plan to give to these kids Tuesday, Wednesday, and Thursday," Sullivan said.