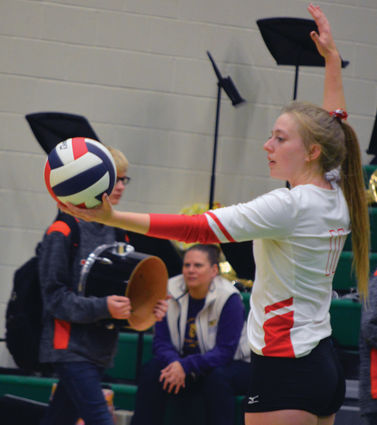 Senior Erin Welter was named to the All-Conference first team and fellow senior Kirstin Klompien was selected to the second team.

Head Coach Tracy Welter said both players recognized by the coaches in their conference are incredible kids, both on and off the court.

"They will be incredibly hard to replace! Both are good leaders and positive role models to younger players," she said.

Welter felt Klompien really came into her own during the 2019 season.

"She played a lot of volleyball las...