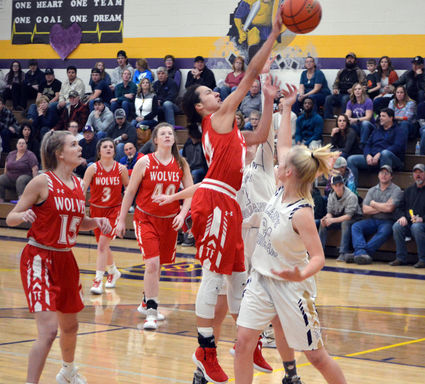 ome away with a victory, the Three Forks High School girls basketball team showed plenty of promise in a 66-52 road conference loss Friday at Whitehall.

"I think overall tonight was a positive for us. We finally scored more than 40 points and I'm excited to see what happens after Christmas," said Head Coach Mike Sauvageau.

The Wolves would come out of the gates strong early taking an early 8-2 lead and a 15-12 lead at the end of the first against the undefeated Trojans.

Whitehall would respond with a run in the second to take a 30-24 lead into halftime and push the lead to 50-40 at the end of the third quarter.

Sauvageau credited the Trojans for their outside shooting in the second half where they increased the lead to 16 points in the third quarter.

"They knocked down 10 3's tonight. There are not a lot of men's college teams that can do that. And it's not like we were leaving them wide-open," he said. "We got down 16 but were able to cut it down to five points in the fourth." 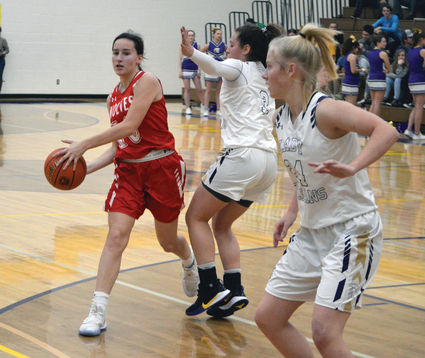 Three Forks was led in scoring by senior Kendall Lynn who finished with a game-high 20 points.

"Kendall has been that way for four years. She is a gamer," he said.

In action last Thursday, the Wolves fell on the road 35-28 against Big Timber.

Sauvageau is optimistic about the 2020 portion of the season.

"We've gotten better every game. It will be an uphill battle, but we are ready for the challenges. We have great team togetherness. They work really hard and that's all I can ask," he said.