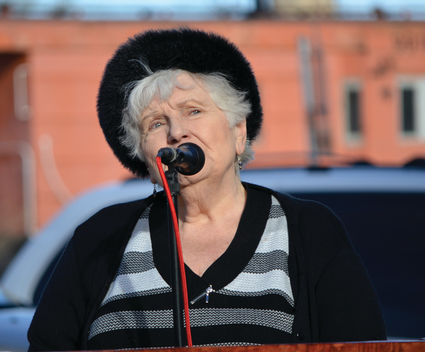 Last Saturday was a tremendous day for the City of Three Forks with the unveiling of a bronzed memorial in Veteran's Park dedicated to the men and women of Japanese descent from Three Forks that served in the 442nd Regimental Combat Team during World War II.

Ray Lau VFW Chapter Commander Matt Bugland said the dedication is long past due and is a proper monument to show the world the sacrifices these American patriots made for their country at a time when anti-Japanese sentiment was at its highest.

The memorial was originally erected by the late Navy Veteran Bud Lilly in 2011 and tells the...