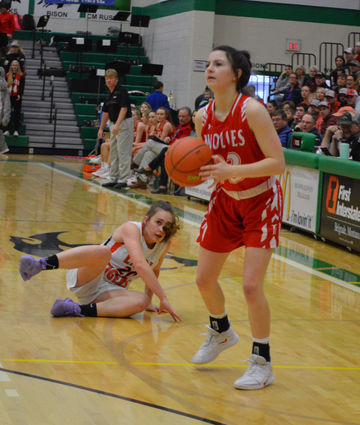 Ashlyn Swenson gets by her defender at the 5B Tournament.

The Three Forks High School girls basketball team is headed back to the Southern B Divisional Tournament.

The third-seeded Wolves finished second at last week's 5B District Tournament. Three Forks won two at the tournament with an opening-round 54-46 win over rival Manhattan and a 36-25 semifinal win over second-seeded Whitehall. Three Forks lost a hard-fought battle in the finals 45-34 to undefeated and top-seeded Big Timber.

The Wolves will open the Southern B Divisional March 5 at 6:30 p.m. against Roundup in a game at the MetraPark Arena in Billings.