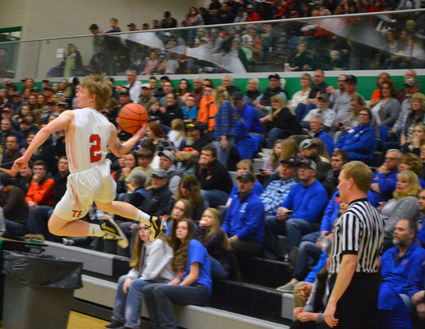 For the third straight season, the Three Forks High School boys basketball team will matchup with Colstrip at the Southern B Divisional Tournament in Billings.

The Wolves (17-3) defeated the Colts in the quarterfinals during their divisional championship run in 2018 and fell 43-40 to Colstrip in last year's championship game.

Three Forks Head Coach said the Colts are a solid team this season and have been the past three years.

"Their coach and I talked at the beginning of last week about how well we know each other since this will be the third year in a row we have played. I'm sure it will...