Boley looks back fondly at time with Johnson Flying Service 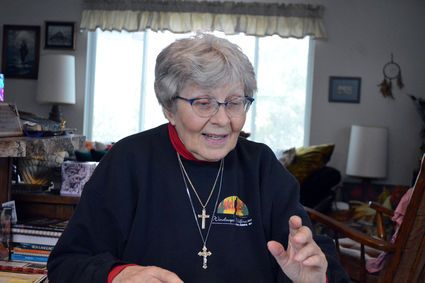 Diane Boley shares her experiences during an interview earlier this month. Voice photos by Melissa Jenkins

When she was 20 years old, current Three Forks resident Diane Boley was able to secure employment with the Johnson Flying Service out of Missoula. During her time with the company she would fly as a stewardess on the planes that would send firefighters to large fires across the Western United States.

Decades later she still remembers this time fondly and it has led to a lifelong interest in the planes operated by the company as well as the larger fires they responded to.

Those who know Boley are aware she has had a serious stroke, they also know this has not stopped her from continuing to...