FWP: How to avoid a snake bite 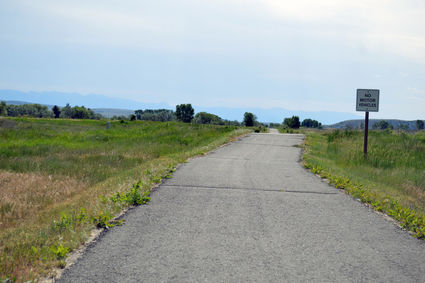 In a Facebook post last week, City of Three Forks officials stated there have been several reports of snakes along the Headwaters Trail System. Voice photo by Melissa Jenkins

City of Three Forks officials announced last week they have had reports of a rattle snake and a bull snake along the Headwaters Trail and are asking residents to stay mindful and safe.

Montana Fish, Wildlife & Parks has offered the following advice on how to avoid a snakebite.

The chances of being bitten by a rattlesnake in Montana are less than being struck by lightning. Nevertheless, people traveling in snake country should be aware of the potential danger. Here are some tips on preventing unexpected encounters with snakes.

1. Wear a stout leather boot-at the very least covering the...