Shirley was born in Bozeman, MT on Nov. 12, 1951, the daughter of Dorothy and Gabriel Wada. She grew up in Three Forks, MT and graduated from Three Forks High School in 1970. She met Thomas Daniel Tietz where they both attended Montana State University.

Shirley married Tom on Sept 4, 1971 in Three Forks, MT. Tom and Shirley began their journey together in Bozeman, MT. They moved to Great Falls, MT (1973) where Angela was born. In 1975, the family moved to Malta, MT where their son Chris was born. In 1978, they moved to Sidney, MT where Deanna and Jessica were born. In 1985, they moved to Williston, ND. Shirley and Tom moved to Huron, SD (2006). In 2011, they had the opportunity to move closer to family and moved to Fargo, ND.

Besides marrying her husband (Tom), Shirley's greatest gifts were her four children, nine grandchildren and one great grandchild. She truly was their biggest cheerleader. Shirley was a "mom" to so many and to others the "neighborhood grandma." When you walked into the Tietz home, you were welcomed and loved, even if you were just stopping by for sugar filled goodies. She spent time sewing everything from prom dresses to pillowcases and you can't forget the unique birthday cakes she made for family and friends.

Shirley mentored several teens through their journey to confirmation and ih their faith. As the volunteer coordinator for FLC, everyone joked that they couldn't say no to Shirley, but they enjoyed the opportunities they were provided. Many at FLC won't look at a 'yellow shirt' the same. 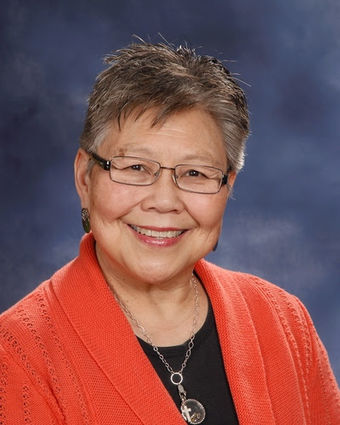 Shirley was preceded in death by her parents Gabriel and Dorothy Wada, brother Gabriel Jr. Wada, and her great nephew Braxton Hedquist.

Services will be held at First Lutheran Church in Fargo.

Visitation: Wednesday, July 8, from 5-7pm with a prayer Service following visitation at 7pm. All are welcome to come and share stories.

Both services will be streamed on the funeral home's website.

Shirley always loved flowers, but she also dedicated her life to helping others. She would love a memorial donation to the First in Mission Fund at First Lutheran Church.

Memories and condolences may be shared at http://www.hansonrunsvold.com.