It was a phenomenal start to the season for the Three Forks High School football team who picked up a 36-12 road win last Friday over Deer Lodge.

Now in his second year with the program, Head Coach Connor Sullivan said it was great to see the Wolves get the victory.

"The kids are a year older and we're still a young team. They had the right mindset going into the game. Our main focus was to compete and compete with great effort. If we do that, everything else will fall into place," he said.

Taking a closer look at the game, Sullivan felt was one of the keys was giving great effort on every rep.

"We know our assignments, now it's just time to play fast and let it loose," he said.

"Their quarterback (Greydon) Nicholson is a heck of a player. We had to know where he was at all times," Sullivan said.

Leading the way for the Wolves were juniors Austin Allen, Owen Long, and Walker Page. Sullivan said Allen (WR/OLB) knows the game of football really well and is a playmaker on both sides of the ball.

Sullivan also praised the play of Owen Long at quarterback and cornerback.

"I thought he (Long) kept the offense in check for us all night. He had a couple of hiccups early on, but that was expected. He got in a rhythm and made some plays outside the pocket. I'm excited to see how he is from week 1 to week 2," he said.

It was also a huge night for Page at tight end and outside linebacker. 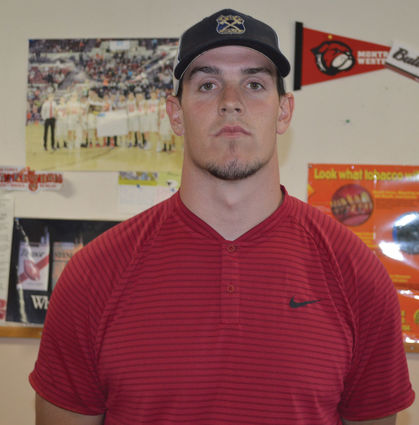 "Walker played a tremendous game on both sides of the ball returned an interception for 6 and also caught a TD on offense. A big physical kid that plays with a good pad level. He got hurt for us early last year and had to sit out for the rest of the season. You could tell he was excited to be back out there. He was flying around all night, Sullivan said.

Three Forks will next be in action Friday when they host rival Manhattan.

"It was great to get a win for the kids. The joy and smiles on their faces were awesome the whole bus ride home. We can use this going into Manhattan, but we all know they're a different animal. We need to continue to work hard all week of practice and study film. Us coaches will get together this weekend and pick each other's brains, so we have a plan going into the week," Sullivan said.