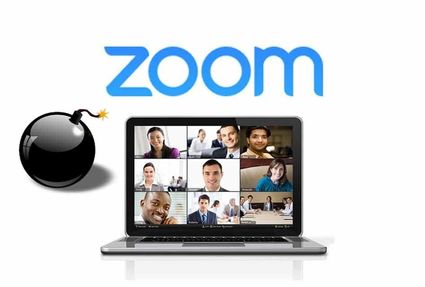 An unfortunate event in late August has led the City of Three Forks to amend its public meeting process.

In the wake of a “Zoom-bombing” at the August 25 Council Meeting that featured foul language and pornographic material, City officials have announced that for the time being they will only be providing the Zoom login and meeting ID information to the Council, Staff members, and Applicants to join the online meeting.

A release from the Federal Bureau of Investigation states as large numbers of people turn to video-teleconferencing (VTC) platforms to stay connected in the wake of the COVID-19 crisis, reports of VTC hijacking (also called “Zoom-bombing”) are emerging nationwide. The FBI has received multiple reports of conferences being disrupted by pornographic and/or hate images and threatening language.

The Council meetings will still be streamed in Facebook Live, but those watching will experience a delay when the feed is transferred from Zoom.

A release from the city says they may not be able to monitor comments via FB timely, so in order to ensure your voice is heard on a particular topic, the public is encouraged to come into City Hall to participate in the public hearing process.

“We will limit the number of people inside City Hall to continue to adhere to COVID-19 guidelines. However, we will ask those who have already spoken to leave the room in order for more to come into City Hall and speak, should we be limited on space,” the release states.

Earlier this month, Gallatin County Sheriff’s Sergeant Dan McDonough said he would be opening an investigation into the incident.

As individuals continue the transition to online lessons and meetings, the FBI recommends exercising due diligence and caution in your cybersecurity efforts. The following steps can be taken to mitigate teleconference hijacking threats:

• Do not make meetings or classrooms public. In Zoom, there are two options to make a meeting private: require a meeting password or use the waiting room feature and control the admittance of guests.

• Do not share a link to a teleconference or classroom on an unrestricted publicly available social media post. Provide the link directly to specific people.

• Ensure users are using the updated version of remote access/meeting applications. In January 2020, Zoom updated their software. In their security update, the teleconference software provider added passwords by default for meetings and disabled the ability to randomly scan for meetings to join.

• Lastly, ensure that your organization’s telework policy or guide addresses requirements for physical and information security.

If you were a victim of a teleconference hijacking, or any cyber-crime for that matter, report it to the FBI’s Internet Crime Complaint Center at ic3.gov. Additionally, if you receive a specific threat during a teleconference, please report it tat tips.fbi.gov.