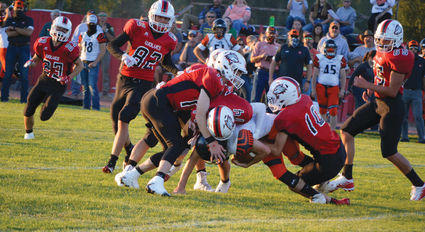 Four games into the season, Three Forks High School football coach Connor Sullivan praised his team for showing great effort from the 'first whistle to the last whistle'. He also sees them coming together as a unit.

"I think they're starting to really enjoy being around one another and really get the concept of being a "team". I see more maturity from game to game," he said.

Sullivan liked how his team matched up on defense versus the Herders, adding going into the matchup they had a solid game plan the kids executed for the most part.

We had a couple of blown assignments and big plays that hurt us but overall, I love how they competed on that side of the ball," he said.

Individually, Sullivan noted Walker Page had a big night making plays on both sides of the ball, adding Dylan Kamps played his best football of the season which he said was great to see.

Sullivan also praised Austin Allen who he said is a matchup nightmare and has taken tremendous strides from last year to this season.

"He didn't miss one workout this summer and it's carrying over the field," he said. 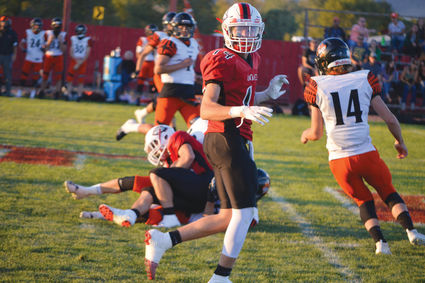 Sullivan added Levi Wagner also had another fantastic game for the Wolves.

"The kid is tough. Only being a sophomore and doing the things he's doing is remarkable. He's a got a bright bright future in the Three Forks backfield with Colten Hayder," Sullivan said.

Three Forks will play their final home game of the season Friday night against Townsend and Sullivan knows his team will have to take care of the football.

"We turned the ball over way too many times on Friday night. We also can't keep shooting ourselves in the foot with penalties. On the defense side of the ball, we need to stop the run and get off the field on third down. Townsend is a good football team and will be a great opportunity for our boys," he said.