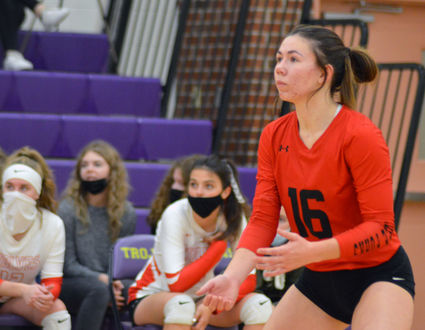 Addi Pestel had a huge season for the Lady Wolves.

The season came to an end last week for the Three Forks High School volleyball team.

Head Coach Tracy Welter was very proud of the way her team played in the finale.

"Whitehall was the number 3 seed and we played them tough. Everyone stepped up and did a fantastic job this season, I couldn't be prouder for how strong we finished this season. It would have been easy to throw in the towel and give up, but these girls refused," she said.

With the season now complete, Welter said they will be gra...