Three Forks High School has announced its attendance policy for the upcoming basketball and wrestling seasons.

Heys reported he met with officials from other teams in the district who will be adapting this policy that will not require cleaning in between games.

The policy will not allow for spectators for pep band members.

Heys added the school also has to crack down on students who were attending games and will have to make sure they are on the guestlist because they were sneaking in during games.

Board Member Joe Petersen expressed concern with being able to see the score of NFHS broadcasts.

Heys said the scoreboard worked all last year but they are working on fixing it for the upcoming season. Superintendent Jeff Elliott said they were told by the MHSA they could not Facebook Live sporting events anymore and expressed concern with the NFHS camera shutting down after software updates.

After a short executive session, the Board voted to table the vote on the acceptance of the letter of resignation from Superintendent Jeff Elliott.

In his letter of resignation to the board, Elliott said it has been an extremely challenging three years, but also very rewarding. 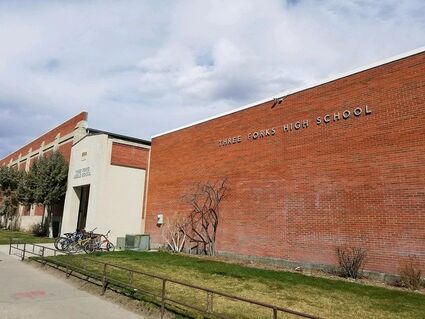 "I am completely confident in everything we were able to accomplish in the short time I was here. The students and staff at Three Forks Schools will always have a special place in my heart as I move on to other challenges in my life," he said. "Three Forks Schools will continue to excel because of the amazing people that work in the district. From the principals to the substitutes, this district has incredible dedicated and talented people that truly care about educating the children of Three Forks. This is a tremendous amount of pride from graduates to current staff and students that is felt in the building or wherever "Wolves" are present. It was rewarding to be part of that, if even for a short time."