With a full roster and two returning state qualifiers from 2020, there are high hopes for the 2021 Three Forks High School wrestling team. 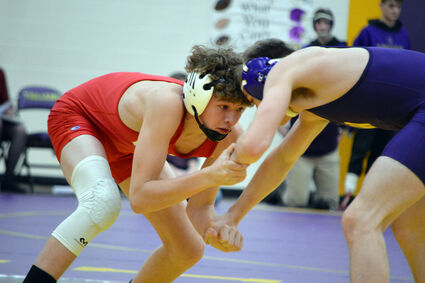 Dylan Kamps is returning after qualifying for state in 2020. File Photo

"Those four are the main bones of our team and they are really working with the younger kids. It's really nice having those older kids in the room. They know the ropes, the ins and outs, and what it takes to get to state," he said.

Along with the veterans, Howey is very impressed with the younger wrestlers on the team.

"We have a great group of younger kids coming in. We're going to be pretty good for a while," he said.

The team will not compete at a tournament until Divisionals and will officially open the season Friday at home with duals against Manhattan and White Sulfur Springs.

Howey is excited to have a full lineup when they open the season.

"It is really great. We have a pretty good chance of getting quite a few kids to state," he said.