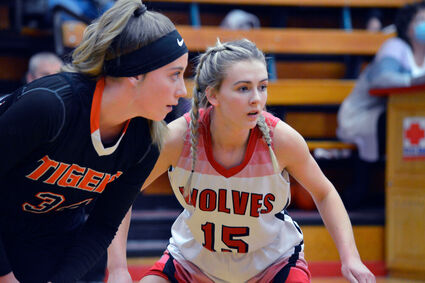 Jayden Woodland looks to box out in a 34-28 win over arch rival Manhattan. Voice photo by Melissa Jenkins

Not only were the Three Forks High School girls basketball team able to pick up their second win of the season last Thursday, but they were also able to do so with a come from behind 34-28 victory over rival Manhattan.

Following the game, Head Coach Mike Sauvageau said it was a huge win for the team.

"We have been battling all year and it's been a long time since the last win. I give...