Organization made up of federal, state, local agencies 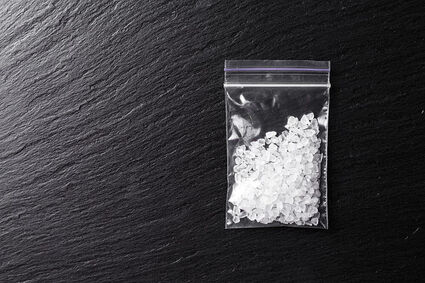 Meth is the top issue for the Missouri River Drug Task Force.

The effects of methamphetamines and other drugs can have a devastating impact on a community.

The crippling effects of drug abuse are present in Three Forks and throughout the Gallatin Valley, both within the jurisdiction of the Missouri River Drug Task Force (MRDTF). The organization's mission statement is to provide a collaborative federal, state, and local law enforcement effort to identify, target, and address those involved in drug trafficking, manufacture, and violence.

According to Stratman, methamphetamines are at the top of the list for the task force.

"Hand's down, it is the number one issue we deal with," he said.

The drug can have dire consequences to communities throughout the task force's jurisdiction.

"Meth is very devastating. Not only to the person, but to the family, the friends, the employer, and the community. The user becomes violent when they are on it. It keeps them up all night, and then they crash really hard after. What they are doing to themselves is affecting everyone," Stratman said.

While admitting it is hard to pinpoint just how many crimes are committed because of meth, Stratman stated rarely is there not some substance abuse associated with a crime.

"With meth, we've seen anywhere from shoplifting to homicide," he said.

With laws introduced to regulate the sale of Pseudoephedrine, a decongestant used for the manufacture of meth, Stratman noted the number of labs in the United States has significantly reduced. He said what they see are "one-pot" labs that produce small amounts, seeing one or two a year in recent years – and none in 2020.

With Montana not known for being a source state for buyers to come in and purchase large quantities of meth, the MRDTF sees the drug enter the state by vehicle, mail, or other ways, with much of it originating in Mexico.

Stratman said their focus is to look at the organizations bringing the meth into Gallatin County with a reduction in labs. They also use federal task force members to move up the chain out-of-state.

"Our job is the large, long-term investigations. We look for the drug trafficking organizations that consist of multiple people bringing it into or selling it into our community," he said.

The MRDTF also spends a great deal of effort on curbing the spread of heroin, synthetic opioids, and cocaine.

As far as synthetic opioids, Stratman said there is no set age limit for use, and it can range from a young person who received a prescription after an injury up to the elderly.

"Everybody at some point in life will need some sort of pain killer, from ibuprofen up to an opioid. Not everyone is going to be addicted, but there is the potential for addiction," he said.

Some heroin use is also attributed to synthetic opioids. Stratman said at some point someone abusing pills may run out or not have the ability to get some and sometimes they do turn to heroin, with a lot of addicts saying that is how they got started. However, he wanted to make a clear distinction between saying that just because someone uses an opioid, it does not mean they are going to turn to heroin.

In the early stages of the pandemic, task force members saw a price increase because people were locked down and had to drive out of state to get the product, but this would level off very quickly. 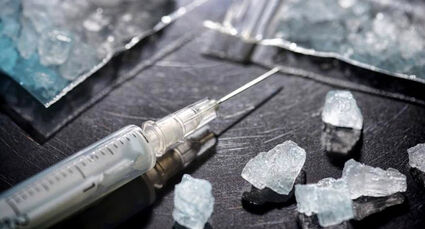 Meth has a devastating effect on the community.

The Covid-19 pandemic also made it hard for the MRDTF to operate in 2020.

"It was a struggle. Not only were we being affected by what was happening in the general public, but it was also interfering with our investigations. It was difficult to complete an investigation. All of us were in quarantine at one time or another," Stratman said.

The MRDTF also wants people to keep a vigilant eye out in their community.

"We are doing the best we can for our communities and trying to keep these drugs from coming in. You live in your community, and we ask that if you see something out of the normal for the community – don't be afraid to report it. You know your family, your friends, and where you work. Anything is out of the normal, or you suspect something, report it to us," Stratman said.