Jackie was born October 11, 1930 in Butte to parents Marjorie C. and Paul Best. She spent her early years in Butte, then moved with her parents to Sheridan, Montana while in grade school. Jackie attended Western Montana Normal College in Dillon where she received her teaching certificate. After college, Jackie taught third grade in Manhattan, Montana. The mother of one of her students, Pat Hughes, set Jackie up on a blind date with a young rancher from the Madison Valley named Steve McDonnell. It was a match that worked; Jackie and Steve were married in September of 1951. Jackie spent most of her adult life on the family ranch on the Madison Valley. She and Steve raised their son, Stephen Paul, on the ranch. Jackie never met a stranger and always had a place at the table for friends and family. She truly enjoyed playing a part in raising others, including John Coghlan and her grandchildren, John and Kellie. In later years, Jackie and Steve enjoyed snow birding in Yuma, Arizona. She immensely enjoyed family and all the friends that she made there.

Jackie lost her husband of 61 years in 2012. She spent her last years at Parkhaven Retirement in Manhattan. Jackie passed away April 7, 2021 at the age of 90. 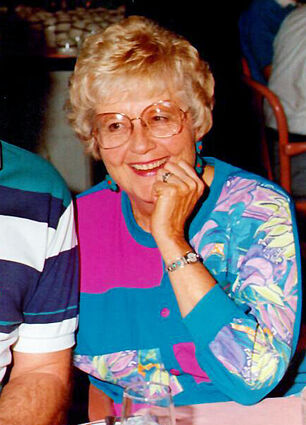 Jackie was preceded in death by her parents; her husband, Steve; her sister-in-law Madalyn Scully, and Madalyn's husband, Jack; John Coghlan; and her niece Marcy Bohleen.

She is survived by her son, Steve, and his wife Kathy; her Grandson John McDonnell, and his children, Will, Ian, and Annique; her Granddaughter, Kellie Morton (Clay), and their children Aidan and Kieran; by Wendy Coghlan and the Coghlan family; by Joe McQuillan; and by numerous nieces and nephews.

Graveside services will be held at 11:00 a.m. on Wednesday, April 14, at Fairview Cemetery in Three Forks. A reception with refreshments will follow at the Sacajawea in Three Forks.

K&L Mortuaries of Three Forks is in charge of the arrangements.