A daily fishing restriction is in place, effective immediately, for the lower Madison River to reduce fish stress and mortality during high water temperatures.

The hoot-owl fishing restriction, which prohibits fishing each day between 2 p.m. and midnight, applies from the dam at Ennis Lake downstream to the Madison River's confluence with the Jefferson River at Missouri Headwaters State Park. Water temperatures in the lower Madison have exceeded 75 degrees each day since June 21, meeting the criteria for hoot-owl restrictions.

This restriction and its boundaries from Ennis dam to the confluence with the Jefferson River will be in place through the end of the lower Madison's permanent hoot-owl restriction, which is in effect each year from July 15 through Aug. 15.

FWP staff have expanded the hoot-owl restriction up to the dam due to whitefish and trout mortality observed last month between the dam and the Warm Springs Boat Launch. Testing of the dead fish found the mortality stemmed from irritated gills, but a causative agent was not determined.

FWP staff have received reports of brown trout with saprolegnia infections after the initial fish kill. Saprolegnia is a white, cotton-like fungus that can kill fish in certain conditions. Subsequent sampling efforts confirmed the presence of saprolegnia in several brown trout captured in Bear Trap Canyon. This also factored into the decision to expand the hoot-owl restriction.

Fisheries managers have also seen overall declines in brown trout numbers in the Madison River, where the brown trout population is estimated at 50 percent of the 20-year average.

Additional waters have seen low flows and high water temperatures recently because of low snowpack and little precipitation. A full fishing closure was established for the Ruby River on June 17 to protect fish during this season of stressful conditions.

Fishing restrictions, such as hoot-owl restrictions and full closures, are designed to protect fish that become more susceptible to disease and mortality when conditions, such as low flows and high water temperatures, combine with other stressors, including catch-and-release fishing. 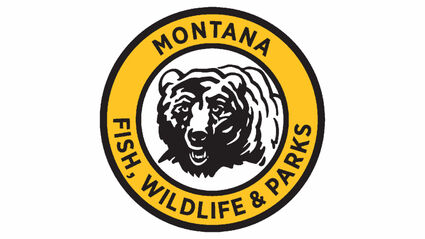 All stress to fish at this time of year is cumulative, and anglers should consider fishing in cooler waters during times of low flows and high water temperatures in rivers. Anglers can help reduce stress for fish by following these practices when catching and releasing fish, though fish mortality may still occur:

• Fish during the coolest times of day, where permitted.

• Wet your hands before handling the fish.

• Keep the fish in water as much as possible.

• If the fish is hooked deeply, you may have to cut the line at the fish's mouth or consider keeping it if regulations allow.

• Let the fish recover before releasing it.