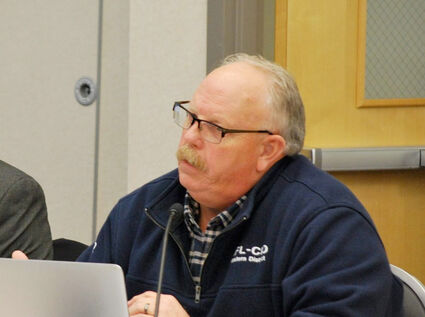 Al Ekblad addresses fellow members of the Climate Solutions Council during a meeting in Missoula in early 2020. As a member of the council, created by former Gov. Steve Bullock to craft reduction strategies for carbon emissions, Ekblad argued for supporting workers displaced by shifts in the energy sector. Credit: Alex Sakariassen / MTFP

When Al Ekblad woke up on Nov. 4, 2020, his mind immediately turned to the approaching legislative session. Montana voters had just elected a slate of Republican candidates to statewide offices  - candidates the AFL-CIO, with Ekblad as executive secretary, had actively messaged against - by wider margins than pollsters had predicted. Republican supermajorities consolidated power in the statehouse. Election night was "pretty eye-opening," Ekblad said, and he emerged from it knowing that another political fight was brewing for the labor movement.

Sure enough, at the start of the session advo...