Mack is back: Coach impressed with hard work to start season 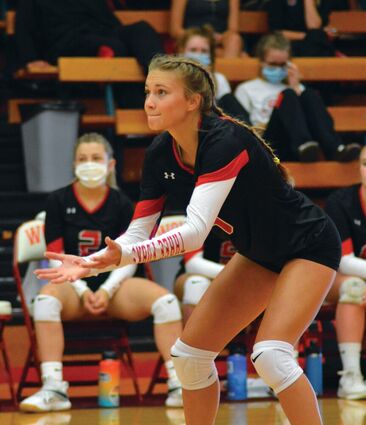 This season, there will be a familiar face on the sidelines for the Three Forks High School volleyball team.

After a three-year hiatus, Shann Mack has returned as Head Coach of the program. Mack previously served in the position from 2011 to 2017, where he compiled a 117-36 overall record and a 64-6 conference record.

His tenure included a 50-game win streak against conference opponents, five district championships, a second-place finish at Divisionals, a fourth-place finish at state in 2011, and a top-six finish in 2017.

"I am extremely excited to be coaching at Three Forks again. Steppi...