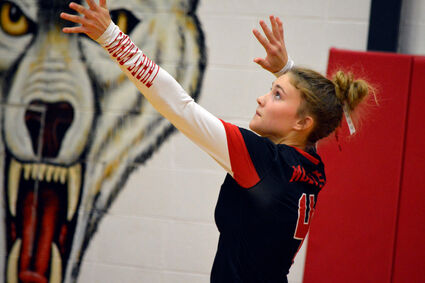 Late in the opening two sets of their match last Friday against Whitehall, Three Forks High School Head Volleyball Coach Shann Mack called a timeout after the Trojans had clawed their way back from a deficit. The Wolves responded both times, winning the first two sets 25-21, 25-20 on their way to a four-set home victory, their first of the conference season.

"I think the girls have been craving that conference win since we started the season. We are still battling ourselves at times, but it is really nice when we put it together. I'm super proud of them for battling the adversity and gett...