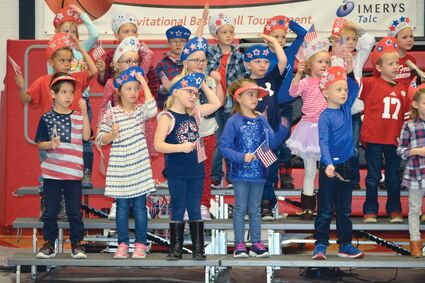 Pictured is the 2019 program. File Photo

Under the direction of Jonathan Sutton and Sue Pitcher, the Three Forks Schools are hosting a Veterans Day program on Thursday, November 11, at 9 a.m. in the gymnasium.

The program is open to the public and will be followed by refreshments at the Three Forks Methodist Church Annex. The Three Forks Schools Veteran's Day program will also be streamed live on the district's Facebook page.

The M.C. of the Program is Three Forks Mayor and Veteran Sean Gifford, who will conduct seating of the honored guests to be followed by "To the Colors" to be performed by the Three Forks Band.

Gifford will welcome guests to the program after the Posting of the Colors by the Three Forks Area Combined Honor Guard from American Legion Post #93 and VFW Post #7621.

Joan Dorsey of the American Legion Auxiliary will speak about the P.O.W./M.I.A. Memorial Table, to be followed by a P.O.W./M.I.A. Ceremony led by Bud Mohler.

The Three Forks Band is then set to perform the "Star-Spangled Banner," with those in attendance asked to sing along. The third-grade classes will lead the audience in the "Pledge of Allegiance" and perform "The Brave." 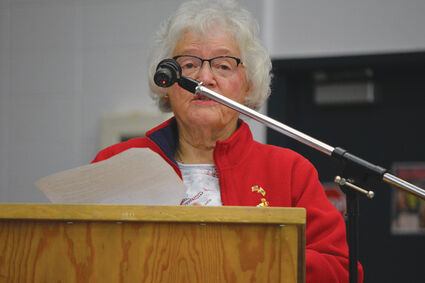 The second-grade glasses will perform the "Eleven Eleven March," followed by a fifth-grade performance of "You're A Grand Old Flag."

Gifford will then introduce guest speaker D.K. Brooks, followed by a performance of "March of the Wee Americans" by kindergarten students. The high school choir, accompanied by Alisa Meeks, will perform "Land that we Love," which is to be followed by the high school band performing "Shackleford Banks."

After a thank you from VFW Post #7621 Commander Matt Bugland, the high school band will perform "God Bless America."

After the Retirement of Colors from the Legion and VFW members, there will be silent memories of all departed comrades, with the program ending with "Taps."