Many accomplishments during tenure of Three Forks Mayor Sean Gifford 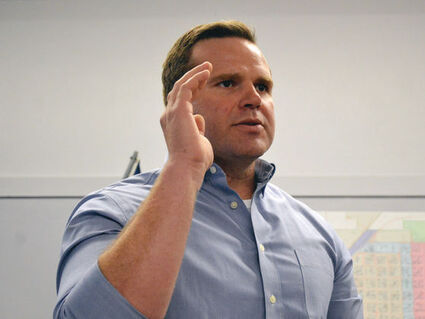 Mayor Sean Gifford is sworn in during a June 2019 ceremony. File photo

From the City of Three Forks

Sean began as a police officer with the City in 2011 and served in this capacity for five years (both as a city officer and then Gallatin County Sheriff deputy when the city contracted law enforcement services). He continued in law enforcement and serving the U.S. Army for several more years. In June of 2019, Sean was appointed to fill the vacant seat of Mayor. He believed his experience and dedication to the many duties he has fulfilled for city, county and country would be an asset to...