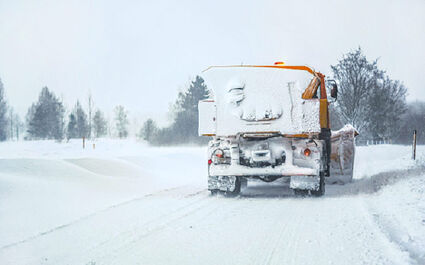 As yet another winter storm wallops western Montana, the Montana Department of Transportation is trying its best to keep the 12,923 miles of road in its care clear of snow and ice. But this year, it's doing that with about 60 fewer people than normal, thanks to a national labor shortage that continues to impact nearly every facet of life.

Fewer drivers means fewer plow trucks on the roads, and that means roads might be snow-covered longer than normal following a big storm. State officials are asking drivers to use more caution when traveling because of that.

"The roads will get plowed, it might just take a little longer than it did in the past," said Walt Kerttula, equipment bureau chief for MDT in Helena.

MDT employs 570 people year-round who do road maintenance in the summer and fall and plow roads in winter. To supplement that workforce, the state also hires 200 temporary plow truck drivers to work from about Thanksgiving to March. But this year, the agency has been able to hire only about 140 of those temporary laborers. Kerttula said the MDT just hasn't received as many qualified applicants as it normally would, and he attributes that to the labor shortage. The challenge facing MDT reflects a nationwide problem faced by state transportation departments this winter. One reason it's harder to hire plow truck drivers is that they have to have a Commercial Driver's License, and that license can qualify drivers for higher-paying jobs in the private sector. The state's plow truck drivers start at $22.39 per hour.

Justun Juelfs, Kalispell area maintenance chief for MDT, said the driver shortage has changed how roads are plowed in his district, which stretches from Polson to the Canadian border and Marias Pass to the Idaho line. MDT's Kalispell District traditionally runs three plowing shifts during the day: from 4 a.m. to 12:30 p.m., 7 a.m. to 3 p.m. and 1:30 p.m. to 10 p.m. But with fewer drivers, Juelfs is putting more of an emphasis on staffing those morning shifts, when more people are on the road. MDT also focusing on the more heavily trafficked roads, so while U.S. Highway 2 from Kalispell to Columbia Falls might be getting plowed at its normal rate, it might take drivers more than a day to get up to the North Fork Road, which connects Columbia Falls and Polebridge along the west side of Glacier National Park.

Juelfs said the Kalispell district usually relies on about 32 temporary drivers who are typically onboarded and ready to roll by Thanksgiving. But this year they've had to go through multiple recruiting rounds to get the drivers they need. He's optimistic that they'll have a fully staffed roster within a few weeks, about two months later than normal.

"It's been taxing," he said of the shortage. "Being short-staffed means we can't offer the normal level of service we usually provide."

While MDT has had trouble keeping its roads in the Kalispell area clear, it's been a little closer to normal for Flathead County. Public Works Director Dave Prunty said the county doesn't rely on seasonal workers to plow roads, so it hasn't had the same hiring struggles.

"We don't have to get new guys every year," he said.

This week, Prunty was down two drivers - one was out sick with COVID-19 and the other had an injury - but he expected to be back to normal within a week or two, just in time for the next big storm.

This article was originally published by http://www.montanafreepress.org.