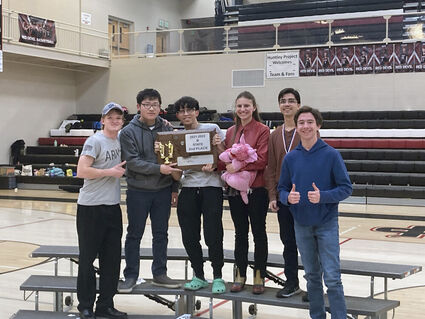 In their last competition of the season, the Three Forks High School Speech and Drama team once again showed they are one of the premier programs in the Treasure State. The Wolves Speech team finished in second place, and the Drama team had several competitors place at last week's Class B State Tournament at Huntley Project High School.

"Although we had our eyes set on first, I am pleased with how the students performed and am proud of their efforts. I know the students learned a lot, and we are all looking forward to next season," Head Coach Johnathan Sutton said.

"I am proud of the students' efforts, and I'm looking forward to next season already," Sutton said.