There was some fantastic news last week for the City of Three Forks when the municipality was informed they would be awarded a $2 million American Rescue Plan Act grant for their ongoing water project.

According to City officials, the City of Three Forks ranked 37th overall out of 179 applicants.

The grant will save the system users from seeing the estimated water rate increase from the ongoing water supply and distribution improvement project.

The state received applications for 179 water and sewer projects in the second round of funding, with $262 million requested.

A team of technical experts in drinking water, wastewater, engineering, and project management at the Montana Department of Natural Resources and Conservation (DNRC) conducted the review and ranking.

"Thanks to the hardworking staff at DNRC, DEQ, Department of Commerce, and Department of Administration, as well as the Infrastructure Advisory Committee, Montana is leading the nation in investing funds to improve our infrastructure.

These projects will not only improve the lives of Montanans, but they'll also creating more good-paying jobs in construction and engineering," the governor added.

The scores and ranking of the applications will be submitted to the ARPA Infrastructure Advisory Commission which will make the final recommendation to the governor on which projects will be awarded funding. 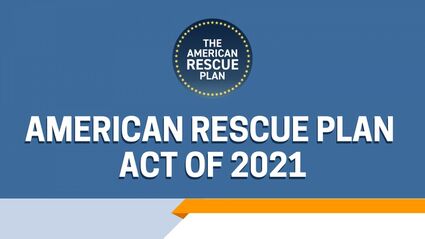 The commission will next meet on April 20 to review rankings and submit recommendations to the governor who approves final projects for funding. Funds for approved projects, however, cannot be released until the State of Montana receives funds from the U.S. Treasury.

Applicants for competitive water and sewer grants can visit arpa.mt.gov to log in to see their final score.

Public comments or letters of support regarding a specific project application can be emailed to [email protected] prior to the Infrastructure Advisory Commission's next meeting on April 20.