A striking majority of poll respondents identified "lack of affordable housing" as a problem in Montana, with 77% calling the issue "extremely" or "very" serious. Development sprawling into what were once ranches or open lands was identified as an extremely serious or very serious problem by 55% of respondents. A similar segment of respondents, 57%, said growth and development is happening too fast in their communities.

Crown of the Continent and Greater Yellowstone Initiative director Rick Graetz said in a release discussing the survey that its results indicate Montanans are anxious about the effects the state's increasing popularity is having on their communities.

"Growth is important for Montana's economy, but decision-makers should also consider some of the anxiety we are seeing over its pace and impact on the land," Graetz said. "This survey shows Montanans clearly want to keep our state livable, affordable and continue efforts to protect open lands and wildlife."

The initiative, housed under UM's geography department, works with issues around the Crown of the Continent, a Northern Rockies ecosystem that includes Glacier National Park, and the Greater Yellowstone Ecosystem, which includes stretches of central and southern Montana bordering Yellowstone National Park.

Montana's overall population rose by 10% between 2010 and 2020, according to U.S. Census data, with particularly fast growth around urban areas such as Bozeman and Kalispell. Gallatin County, home to Bozeman, led the pack in terms of growth rate, adding new residents at three times the statewide rate.

Many parts of Montana have also seen considerable home price appreciation in recent years, especially since the beginning of the COVID-19 pandemic. The median single-family home price in Bozeman was $725,000 in March according to the Gallatin Association of Realtors, up from less than $500,000 two years ago. The median sales price in Flathead County in March was $609,000, according to Montana Regional MLS, up from $345,000 in March 2020.

A researcher presenting before lawmakers last November said part of the affordable housing crunch can be attributed to demand outpacing supply, with the state's inventory of housing units increasing by 7% over the last decade - not enough to keep pace with population growth.

The poll found that Montanans living in areas with the fastest growth rates tend to feel the greatest measure of unease about growth and development. About 70% of Missoulians polled said growth is happening too fast, as did 74% of respondents living in the Bozeman/Butte area. Approximately two in five respondents living in Great Falls, Billings or "rural markets" categorized the pace of growth as "about right."

UM has commissioned surveys taking stock of voter attitudes on a similar suite of public land and conservation issues every other year going back to 2014. Montanans are slightly less likely to say clean water, clean air, open spaces and public land are a primary factor in how they decide whether to support an elected public official than they were then - 44% this year, as compared to 48% eight years ago  - but more likely to consider themselves conservationists. In 2014, 67% of respondents considered themselves conservationists. That number in 2022 is 79%.

Weigel said such measures include constructing wildlife crossing structures, providing incentives for private landowners to conserve some of their land for wildlife habitat, and managing and conserving large blocks of public land to protect wildlife migration corridors.

The poll also attempted to gauge respondents' responses to various natural resource and conservation-oriented initiatives, including the America the Beautiful Initiative, which would direct the U.S. Interior Department to conserve 30 percent of land and inland waters in America and 30% of its ocean areas by 2030. More commonly known as "30 by 30," that effort has garnered support from environmental groups and climate change activists, but has drawn intense scrutiny in central Montana's Cascade County, where activists describe it as a "land grab" that's about control rather than conservation. In March Gov. Greg Gianforte told the federal government that Montana is not interested in participating in such efforts in a letter he submitted to the Interior Department.

A question about the long-stalled Blackfoot Clearwater Stewardship Act, which was described as an effort to "ensure hunting and fishing access, safeguard streams flowing into the Blackfoot River, add nearly eight thousand acres of existing publics land to the Bob Marshall, Scapegoat, and Mission Mountains wilderness areas, and create two new recreation areas and sustain timber harvest and habitat restoration" also garnered support from a majority, 83%, of respondents.

That act, which U.S. Sen. Jon Tester introduced for a third time last year, is stalled due in part to the new wilderness designations, which Sen. Steve Daines opposes. Some environmental groups, including the Alliance for the Wild Rockies, are also opposed to the act, saying it "gives away too much" by expanding logging projects that could proceed without public input.

Pollsters explained that one-third of the taxes generated by recreational marijuana sales are "dedicated to maintaining state parks, improving trails and recreation opportunities, expanding public access and conserving wildlife habitat at risk of development," and asked respondents whether they support that allocation. A considerable majority, 82%, said they would like to maintain that use of recreational marijuana taxes rather than redirecting those funds to other purposes.

According to figures from the Montana Department of Revenue, adult-use marijuana sales are expected to generate $8.7 million of state taxes in the first quarter of 2021 alone. 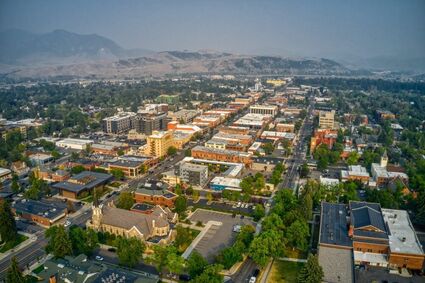