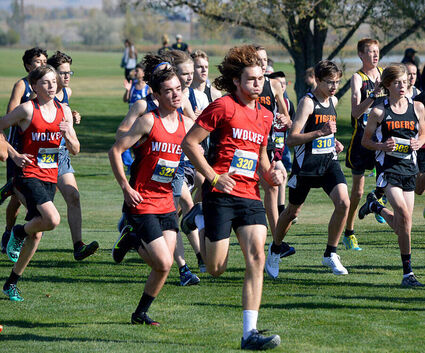 There are high expectations for the Three Forks High School boys' cross country team after a second place finish at state in 2021.

Anyone who has followed the Three Forks High School cross country team over the past several seasons has witnessed a steady growth of the squad into one of Class B's premier programs. With the boys finishing second and the girls fifth at last year's state meet and a wealth of returning experience, the sky is the limit for the 2022 team.

As the first meet inches closer, head coach Tara Forsberg is ready for the team to start competition.

"I am always so excited to start the cross-country season, to work with the returning athletes, as well as get to know our new ones," said Forsberg. "The first few practices have been fun, and I can tell these kids have been working hard this summer."

Looking back on the banner 2021 season, Forsberg added it is a bit surreal having both teams place so high at state.

"I have no doubts regarding their ability and talent, especially with how hard these athletes work all year," she said.

Six of the seven boys who competed at state were underclassmen, with Garrett Golding, Bryon Fanning, Beau Johnston, Jacob Ramsey, Cass Violett, and Finn Hanson all gaining valuable experience and helping lead the team to the second-place trophy. 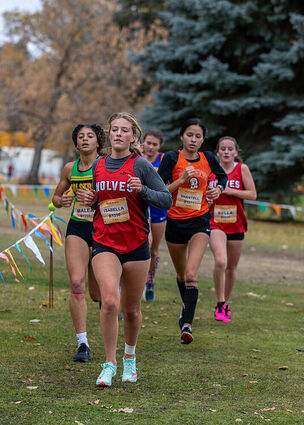 "I know the boys are eyeing the state title but are humble and don't voice that often. We actually have not talked about state much, as we have some work to get there. Things can always change, and we don't want to miss all the steps in between the beginning and the end. I have had the privilege of coaching my returning boys' team since they were in junior high and have enjoyed every moment of it. I am so happy they love this sport and are such wonderful and fun young men," Forsberg said.

There is also a plethora of returning talent for the Lady Wolves, with Isabella Fink, Bella Jones, Devynn Judd, Ari Judd, Rylee Dell, and Grace Kluin competing as underclassmen at the 2021 state meet.

"My lady's team is looking so great, and their heads are in the right spot to have a stellar season," Forsberg said.

Three Forks will open the season on August 27 at the Jefferson Meet in Boulder.

"As for Boulder, we just like to get that first meet out of the way and see where our weaknesses are," Forsberg said.

Other highlights of the 2022 schedule include the Bob Firman Invitation on September 23 and 24 in Boise and the Headwaters Invite on September 30 in Three Forks.