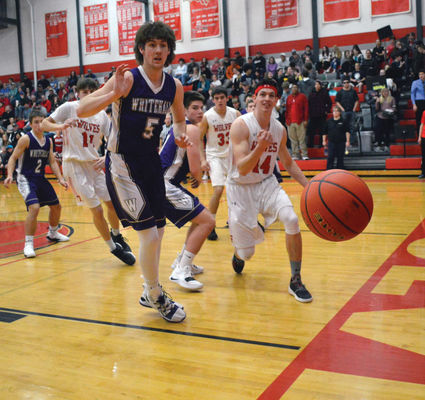 Going into last Thursday's conference matchup against Whitehall, Three Forks High School boys basketball coach Terry Hauser felt his team had a great week of practice. The hard work in the gym paid off for the Wolves and they came out of the gates firing on all cylinders outscoring the visiting Trojans 17-4 in the opening quarter on their way to a 52-35 victory. The strong play by Three Forks (10-4, 6-2 5B District) continued Friday with a 79-40 win over host Jefferson.

Hauser said the game against Whitehall was the best they have played since before Christmas break and the team was out o...