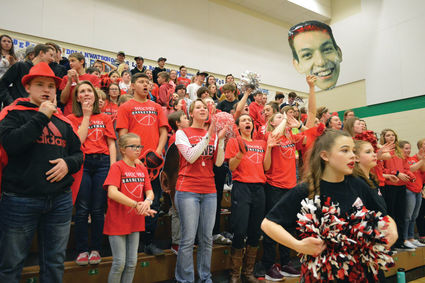 Three Forks students cheer on the Wolves at the 5B District Tournament.

It will be a battle of two high-level teams when the Three Forks High School boys basketball team opens the Southern B Divisional Tournament Thursday at 8 p.m. against Lodge Grass.

The two teams battled in the divisional final last year with the Wolves (15-5) picking up a 69-56 victory. Three Forks Head Coach Terry Hauser said his team only lost three players off last year's team and have four players who played against the Indians in 2018. He believes this is only going to help their chances.

"It makes a big difference playing teams that play and press like they do because as much as you...