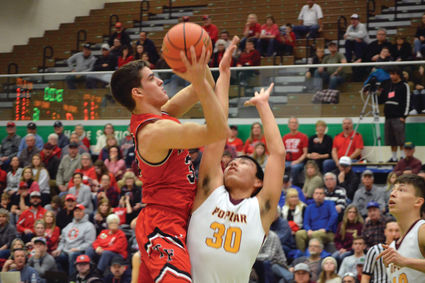 Colter Miller had 19 for the Wolves.

It was a heartbreaker Thursday afternoon for the Three Forks High School basketball team.

Leading 52-35 at the end of the third quarter, the Wolves were outscored 26-9 in the fourth by Poplar and would eventually fall 68-67 in overtime to the Indians in the opening round matchup at the Class B State Tournament in Belgrade.

Three Forks will next play Thursday morning at 9 a.m. against the loser of Big Fork and Big Timber.

Following the game, Wolves head coach Terry Hauser said the team still has a chance to hold up hardware at the state tournament and they have got to get a win tomorrow.