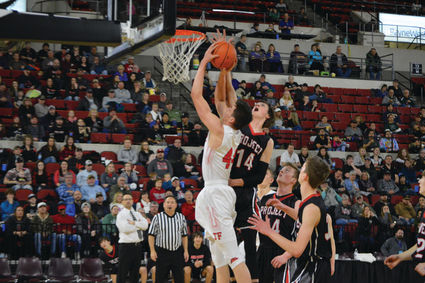 Corey Yecny puts up the shot in the semifinals against Huntley Project.

For the second straight season, the Three Forks High School boys basketball team is headed to the state tournament.

The Wolves will open the Class B Tournament Wednesday, March 6 at the Belgrade Events Center at 3 p.m. against Poplar, the top seed from the Northern B Division.

Three Forks qualified for state by finishing second at last week's Southern B Divisional Tournament in Billings. The Wolves defeated Lodge Grass 63-57 in the quarterfinals, Huntley Project 57-48 in the semifinals, and fell 43-30 in the Divisional Title game to undefeated and top-ranked Colstrip.

Hauser said to have b...