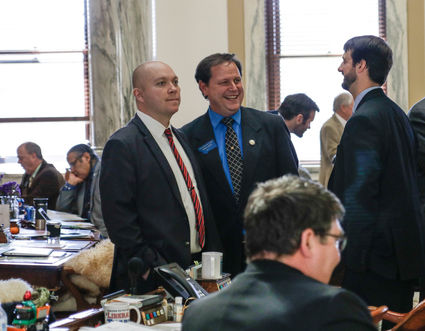 HELENA - On the final day of the 66th Montana Legislature, lawmakers completed their only state constitutionally mandated task by passing the bill that sets the budget for state agencies.

House Bill 2, which spends about $10 billion of state and federal money over the next two years, passed its final vote in House of Representatives 73-25.

The bill had moved through the session relatively quickly, passing the House 54-45 for the first time in late March and then passing the Senate 28-21 in early April. The final vote in the House was to adopt Senate amendments that added about $12.3 millio...