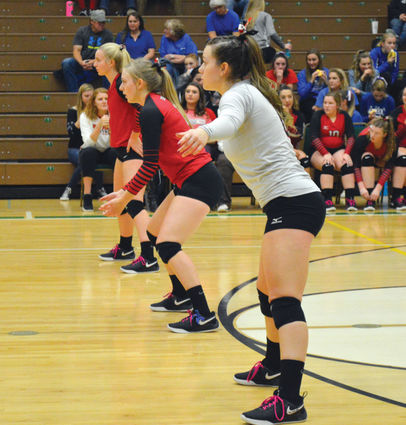 There will be plenty of experience on the 2019 Three Forks High School volleyball team.

A senior laden Three Forks High School volleyball team will open the 2019- season at a two-day tournament August 30 and 31 in Choteau.

The team lost just two varsity players to graduation and while head coach Tracy Welter said there are huge shoes to fill, all eight seniors can all really play.

Welter was pleased with the offseason commitment of he team at open gyms and camps and it has shown in the first two weeks of practice.

"For the most part we had a ton of kids here that wanted to improve, and it really showed coming into the season. A lot of them carried their skill over from summe...