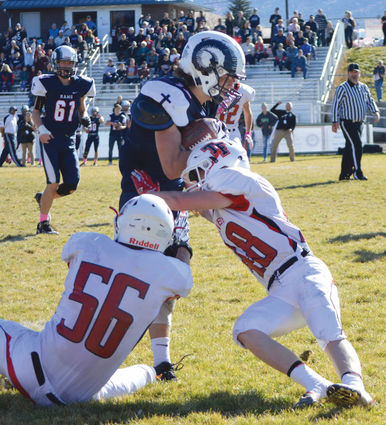 Trentin Nimmick (48) makes the tackle in playoff action last year at Missoula Loyola. Nimmick will be a key returning player for the Wolves. File photo

First-year Three Forks High School head football coach Connor Sullivan is pleased with how his team has been preparing for their September 6 opener against Deer Lodge.

While many of the teams across the state will open play August 30, Sullivan sees the importance of having an extra week to prepare the team to open the 2019 campaign.

"As bad as we want to get out there and play, we know having t...