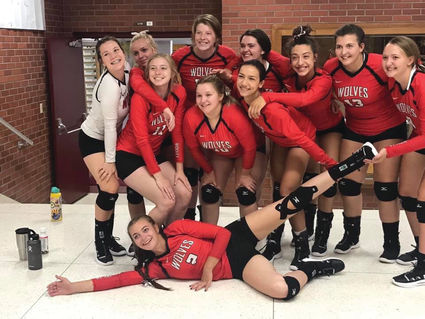 The Three Forks High School volleyball team has some fun during a break in Choteau. Courtesy photo

The Lady Wolves picked up five victories and finished sixth out of 15 teams at the tournament.

Head coach Tracy Welter said the team played 26 sets which was tons of playing time for everyone.

"I believe I tried six different rotations and the kids responded very well. That's what's super about that tourney, lots of court time," she said.