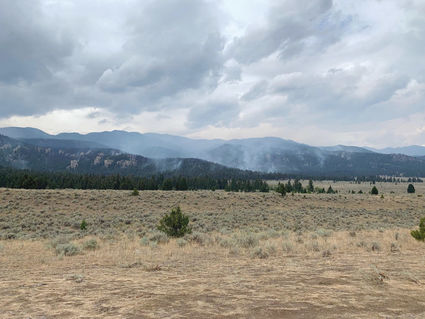 Rainy weather moves over the McClusky fire. Smoke from the fire made its way to Three Forks last week. Courtesy photo

It was a busy day for area firefighters last Wednesday.

According to Whitehall Volunteer Fire Chief Jeremy Ward, the department responded to three calls September 4, all in the Milligan Canyon area west of Three Forks.

Ward said the department was first called out Wednesday morning to an accident involving a semi-truck and a contractor striping the road at mile marker 259 on Interstate 90. Ward said the department was called out a short time later on a mutual aid call from the Willow Creek Fire Department Wednesday afternoon to a vehicle fire at mile marker 264. According to Ward, the fire...