In a few days, people across the world will stay up until midnight to welcome the new year. I most likely will not be one of them. In fact, it has been several years since I stayed up that late that night.

This was not always the case and I can remember spending about 20 straight watching the "ball drop" at Times Square or singing and shouting with a great group of friends or family.

New Year's Eve always was a way to bring a great group of friends together and always made for an interesting evening. I'm sure a lot of people grew up with a tame group of friends, but this was certainly not the case with me. We had our fun, and this was just another wonderful chance for shenanigans.

Many of our New Year's Eve was spent at the Park Hotel which is a bar in my hometown in Wyoming. While it once was a thriving hotel, the building now is home to a bar, barbershop, and restaurant. The bar is always a popular spot for not only locals but for those returning to visit during the holidays.

My hometown has a bit of a "seedy" history and its boom and bust economy once had the Park Hotel as an important place to stay for out-of-town guests, but soon would turn into the home for a rougher crowd. Eventually, the hotel would close, but that never stopped us from sneaking from the bar into the old lobby to get on the elevator.

I'm still not sure why they had not turned off the power to the elevator but if nobody was paying attention to you or the cameras you could sneak on and take a ride upstairs. It was very spooky and almost like time stood still. It was almost like one day the hotel closed and the rooms were never touched again with the exception of a trespasser staying a night or two or us.

One on New Year's we were waiting for midnight when we decided to sneak onto the elevator. About five of us piled in and it got stuck. There was no cell phone service, this was before the day of Wi-Fi everywhere and nobody could hear us scream in the loud bar.

I started to get claustrophobic and thought we might end up spending the night or longer in that cramped elevator. We got lucky and it started to work again a few minutes later or that could have been a really bad ending especially because all of us really needed to go to the bathroom. 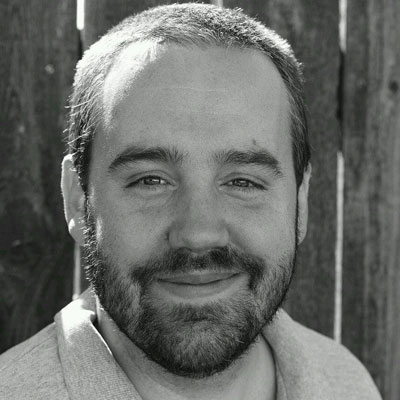 The next year we returned to the Park Hotel and of course stayed away from the elevator. We just got a table in the backroom and visited, and it was a great evening. That was until I went up to the bar and chatted up an old friend from high school. When I was in eighth grade, I had a huge crush on her but those days had passed and it was a nice conversation catching up on the past decade. That was until someone she had been chatting with earlier took offense to my conversation. He started to scream "you are trying to steal my girl" and it got really awkward. I told him I was just talking with an old friend and he went away. A few minutes later he pulled me out of my seat, out the door, pulled my sweater over my head and started to punch me. It all happened so fast all I could do was laugh as a few people seated by me pulled him away and sent him packing. When I walked back to the table in the back my friend said, "you sure look discombobulated" and my group really enjoyed the story.

This would be one of the last times I met with the big group on New Year's and it is never as much fun. About five years ago I went to a University of Wyoming basketball game and made it to midnight, but after that, I'm usually been in bed by about 9.

One year I tried really hard but ate too much cheese dip and it made me sleepy so I fell asleep even earlier than I should have. I'm going to do my best this year. Maybe I should make a trip to the Park Hotel, which surely won't put me to sleep.