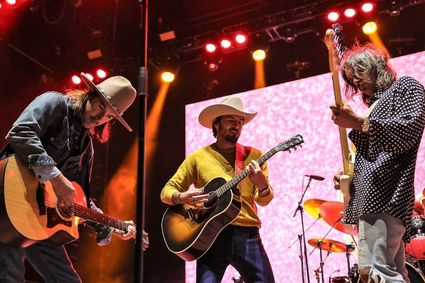 Midland is one of the headlining acts at the 2020 Headwaters Country Jam.

The lineup has been announced for the 2020 Headwaters Country Jam scheduled for Thursday, June 18 to Saturday, June 20 at the "Bridge" near Three Forks.

Prior to last year's event, Sally Lidinsky of Townsquare Media discussed the popularity of the event.

"The fans have mentioned they believe the lineup gets better each year and our prices continue to be affordable, even for students. Overall, camping is a huge draw for our fans. They look forward to planning weekend getaways with their friends and family year after year," she said. "Each year we find large groups of people celebrating bachelor and bachelorette parties, graduations, getaways, and family reunions. We're excited this event has become a tradition for so many people, especially those in Montana. In recent years, we've drawn a significant amount of guests from out of state who are looking for a country music experience in a picturesque location. We can't think of a better place to be if you love great music and even better views," she said.

Tickets for the concert and camping can be found at http://www.headwaterscountryjam.com.

Hailing from Dripping Springs, TX lead vocalist Mark Wystrach fronts Midland's rich sound that is rounded out with lead guitarist Jess Carson and bass player Cameron Duddy. Rooted in tradition in both sound and style, the trio initially garnered attention playing clubs in the region. Their critically-acclaimed sophomore album LET IT ROLL (Big Machine Records) earned the No. 1 position on Billboard's Top Country Album Sales chart upon release as lead single "Mr. Lonely" nears the Top 20 at Country radio. Receiving praise from outlets such as Rolling Stone, Variety, NPR and Entertainment Weekly among others, the trio is also nominated for New Artist and Vocal Group of the Year at the CMA Awards in November. Wystrach, Carson and Duddy all played an integral role in writing the 14-track album with Shane McAnally and Josh Osborne. The album was produced by Dann Huff, McAnally and Osborne and was a follow-up to the critically acclaimed debut album, ON THE ROCKS (Big Machine Records). Launching in 2017 with rave reviews, ON THE ROCKS was declared "the year's best Country album" by Washington Post. Their DOUBLE PLATINUM-certified chart-topping debut "Drinkin' Problem," which offers an intentional nod to Country music reminiscent of the 1970s and 80s, earned the band their first GRAMMY® Awards nominations for Best Country Song and Best Country Duo/Group Performance. Midland was also named New Vocal Group of the Year at the 2018 ACM Awards.

Certain artists just seem to have an innate sense of what it takes to please an audience. Clay Walker is one of those artists. Whether on stage or in the recording studio, Walker never gives less than a hundred percent, and it's that kind of dedicated work ethic combined with God-given talent that have made him one of the most successful country acts of the past decade.

He first topped the Billboard country singles chart in 1993 with "What's It to You" and followed with his second consecutive No. 1 hit, "Live Until I Die." Since then he's placed 31 titles on Billboard's singles chart including such additional chart toppers as "Dreaming with my Eyes Open," "If I Could Make Living," "This Woman and This Man," and "Rumor Has It." (The latter two songs each spent two weeks at the summit.) He's enjoyed his share of success at the cash registers and has consistently been one of the busiest artists on the road. He's scored four platinum-selling albums, signifying sales of a million units, and two gold albums, discs that sold over 500,0000 units. 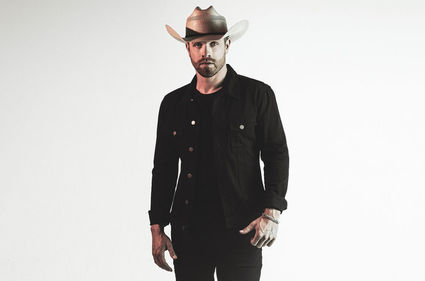 Country music singer and songwriter Dustin Lynch was born and raised in Tullahoma, Tennessee, and grew up influenced by what he calls "the class of '89," Alan Jackson, Garth Brooks, and Clint Black, all of whom had their first national success in 1989. Lynch moved to Nashville to attend college and to be closer to country music's epicenter in 2003, renting an apartment behind Nashville's Bluebird Café, famous as a testing and proving ground for young songwriters. Eventually Lynch earned a performance spot at the Bluebird, and he honed his skills, branching out to gig at other venues on the Southeast club circuit. His big break came in 2011 when he was discovered by Justin Moore's manager through Lynch's MySpace page, and it led to a management contract with L3 Entertainment, a publishing deal with Super 98/The Song Factory, and a record deal with Broken Bow Records. Broken Bow released Lynch's debut single, "Cowboys and Angels," in 2012 and it went to number two on the Billboard country chart. Its accompanying album, Dustin Lynch, debuted at number one on the Billboard charts and generated another hit in "She Cranks My Tractor." Lynch released his second album, Where It's At, in September 2014 and it produced three Top Ten hits: "Where It's At (Yep, Yep)," "Hell of a Night," and "Mind Reader." "Seein' Red," the first single from his third album, showed up in the summer of 2016.

A second single, "Small Town Boy," followed in 2017 and peaked at number seven on Billboard's U.S. Hot Country Songs chart. Lynch's third album, Current Mood, arrived in September of that year, reaching number seven on Billboard's Top 200. After his next single, "Good Girl," topped the Counry Airplay chart, Lynch was inducted into the Grand Ole Opry in September 2018. A three-song EP, Ridin' Roads, appeared in the early part of 2019. Along with the single "Good Girl," the title track of Ridin' Roads found its way onto Tullahoma, the full-length follow-up to Current Mood which was released in January 2020.