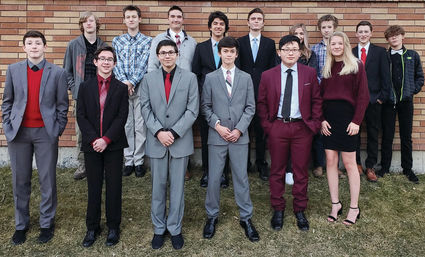 Pictured are members of the Three Forks Speech and Drama Team at last week's Divisional Meet in Columbus. Courtesy photo

The Three Forks Speech and Drama team competed at the divisional tournament on Saturday at Columbus Public Schools, placing as champion in Speech with a score of 131-129.

The Speech team thus remains undefeated in Class B Speech competition going into the state tournament. In winning the tournament the team defeated the current holder of a 35-year state championship win streak in Loyola Sacred Heart.

The team qualified 36 students for the state tournament, which is the most that Three Forks has qualified in the past 10 years. Kalli Miller and Ally Kamps won individual championships. Finn...